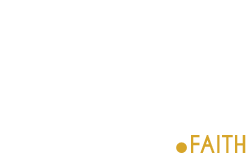 Abraham Lincoln ( February 12, 1809 – April 15, 1865) was an American statesman and lawyer who served as the 16th president of the United States (1861–1865). Lincoln led the nation through its greatest moral, constitutional, and political crisis in the American Civil War. He preserved the Union, abolished slavery, strengthened the federal government, and modernized the U.S. economy.

Avul Pakir Jainulabdeen Abdul Kalam ( 15 October 1931 – 27 July 2015) was an aerospace scientist who served as the 11th President of India from 2002 to 2007. He was born and raised in Rameswaram, Tamil Nadu and studied physics and aerospace engineering. He spent the next four decades as a scientist and science administrator, mainly at the Defence Research and Development Organisation (DRDO) and Indian Space Research Organisation (ISRO) and was intimately involved in India's civilian space programme and military missile development efforts. He thus came to be known as the Missile Man of India for his work on the development of ballistic missile and launch vehicle technology. He also played a pivotal organisational, technical, and political role in India's Pokhran-II nuclear tests in 1998, the first since the original nuclear test by India in 1974.

The 14th Dalai Lama is the current Dalai Lama. Dalai Lamas are important monks of the Gelug school, the newest school of Tibetan Buddhism, which was formally headed by the Ganden Tripas..

The Buddha (also known as Siddhattha Gotama or Siddhārtha Gautama) was a philosopher, mendicant, meditator, spiritual teacher, and religious leader who lived in ancient India (c. 5th to 4th century BCE). He is revered as the founder of the world religion of Buddhism. He taught for around 45 years and built a large following, both monastic and lay. His teaching is based on his insight into duḥkha (typically translated as "suffering") and the end of dukkha – the state called Nibbāna or Nirvana.

Mohandas Karamchand Gandhi was an Indian lawyer, anti-colonial nationalist, and political ethicist, who employed nonviolent resistance to lead the successful campaign for India's independence from British Rule, and in turn inspire movements for civil rights and freedom across the world.

Martin Luther, O.S.A. was a German professor of theology, composer, priest, Augustinian monk, and a seminal figure in the Protestant Reformation. Luther was ordained to the priesthood in 1507.

Rabindranath Tagore FRAS, also known by his pen name Bhanu Singha Thakur, and also known by his sobriquets Gurudev, Kabiguru, and Biswakabi, was a polymath, poet, musician, artist and ayurveda-researcher from the Indian subcontinent.

Sai Baba of Shirdi, also known as Shirdi Sai Baba, was an Indian spiritual master who is regarded by his devotees as a saint and a fakir. He is revered by both his Hindu and Muslim devotees during, as well as after his lifetime.

Swami Vivekananda (12 January 1863 – 4 July 1902), born Narendranath Datta, was an Indian Hindu monk, a chief disciple of the 19th-century Indian mystic Ramakrishna. He was a key figure in the introduction of the Indian philosophies of Vedanta and Yoga to the Western world and is credited with raising interfaith awareness, bringing Hinduism to the status of a major world religion during the late 19th century. He was a major force in the revival of Hinduism in India, and contributed to the concept of Indian nationalism as a tool of fight against the British empire in colonial India.Vivekananda founded the Ramakrishna Math and the Ramakrishna Mission. He is perhaps best known for his speech which began with the words - "Sisters and brothers of America ...," in which he introduced Hinduism at the Parliament of the World's Religions in Chicago in 1893.